Sure, to most people this might sound like too much of a leap of faith. After all, it has only been a few years since drones have made their appearance. Also, let’s actually think about it – what’s the first thing that comes to your mind when someone mentions the word ‘drones’? In all probability, a really cool gadget that can be used for pictures and surveillance. However today, people are finding more and more innovative ways to use drones as well. You can check most of the drones before you buy from rental places like Friendwitha.com.

Having said that, here are a few examples of the more unique ways that drones can be used :

Given the rate at which technology is accelerating, surely it wouldn’t be too much of a stretch to assume that in the next five years, drones will be used in a myriad of ways. And indeed, some of those ways you and I probably won’t even be able to imagine right now. Literally on an everyday basis, drones are being studied and researched with reference as to how many more aspects of our lives can their overall use be applied to.

This reaffirms the fact that we will probably never be able to exactly pinpoint the overall trajectory of drone technology in the future (at least for the time being) due to technology itself being in a constant state of flux and change.

Sure, for the time being, a lot of those ideas would seem too far fetched and out-there for our tiny brains to actually comprehend, but forget their potential for (probably) re-formatting entire industries in the future for now. The basic fact still remains that drone technology is still in its nascent stage. However, there is bound to eventually come a time when we start depending on drones for almost every single aspect of our life itself. 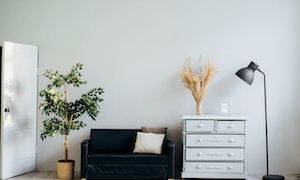